Yet again, SOFTSTAR’s YouTube channel was beaten to the punch by fans. I’m always amazed by that. They sure have some enthusiastic fans!

The first video released was this.

It gives us an awesome sneak peak of the game’s graphics which, unfortunately, aren’t as much of a step-up as I had hoped it would be. That’s not to say that there isn’t an improvement. There most definitely is, and the game looks all the more wonderful because of it. I had just expected more than even that. I guess that the money made from Xian Jiàn 五 wasn’t as much as they had hoped. If you remember, there had been a rumour going around that if they made enough money from Xian Jiàn 五 they would have made 六 with Unreal Engine. I assume that this person wasn’t talking about the first one, seeing as the last game made with Unreal was in 2000. I think.

I’m still excited about the game, though. As I’ve said before, it looks a bit different, sounds a bit different, but it’s Xian Jiàn, so I’m still expecting it to tear my heart out and throw it into a wood chipper. Stupidly looking forward to it, actually. Especially that little connect the dot (stars?) clip. I understand absolutely nothing of what it says, but it could be something like the Crystarium from Final Fantasy XIII? Hā hā. I doubt that very much, but it’s fun guessing.

And did you see that end? Are we getting an animation to go with it? Oh, please! Don’t let this be an unrelated tease!

My one criticism of the trailer’s content is this: after the excitement of the character profile releases, I am a little disappointed that the character who I think is called Wù Shèdìng Tú looks less dynamic in action than he does in his still image. For me, that was such a level of strength and dynamism that it would be impossible to categorise him as anything but a hero. In the video, I would not picture him as being quite so impressive. Even the 2D animation at the end of the video looked more compelling than his in-game counter-part.

The second video released is this.

Frankly, it isn’t the most riveting video that you’ll ever see. It doesn’t even have audio. It focuses on our hero, the one discussed above, and re-inforces the absolute awesome of Yuè Qí. It makes me want to make one of those Which Character from Xian Jiàn 六 is Your Spirit Animal, or the likes. Already, I know which one of these awesome group is my favourite.

In conclusion, I am more excited, if possible, for the release of this game. It looks amazing. More than the previously released setting stills . I’m already rooting for them. Well, those who were included. Why were they not all there? Well, I suppose it could be so they don’t show all of their hand at once; to keep players curious…

But I want to see them. Now s

The animation segment has me craving an OVA at the very least. It looks so awesome. I want more. 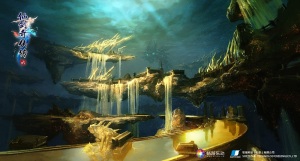 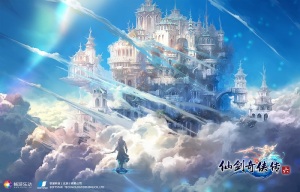 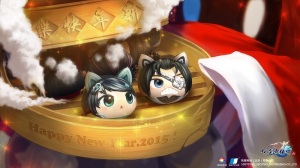 Quick shout-out to my dad, whose birthday it is today!

So I wish you all and your families and your friends a great day. Have a laugh. Do something that makes you giddy. We’re all alive and it’s a beautiful thing.